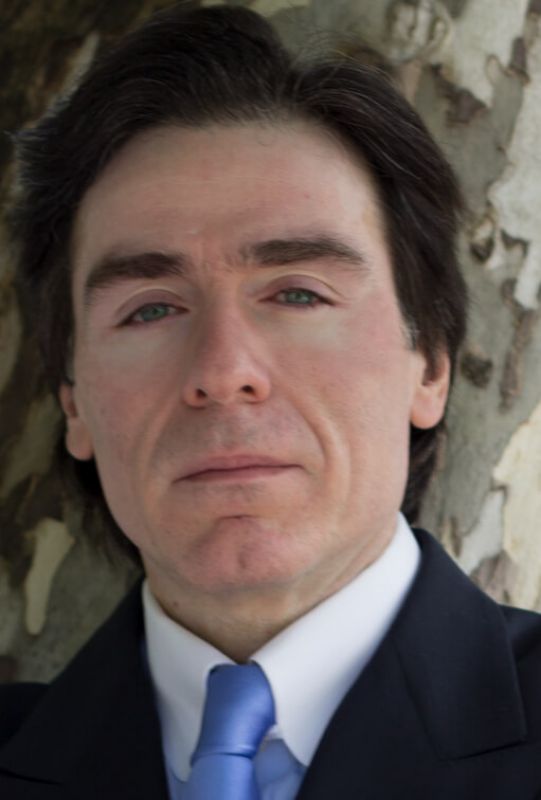 French-Brazilian Film director, producer, screenwriter and composer Maximianno Cobra was born in Rio de Janeiro, Brazil. Gifted in music and composition from a young age, at 15 he became assistant to conductor Alceo Bocchino and spent the next three years honing his skills and understanding of music; while attending acting workshops and conferences on Stanislavski’s method - notably with director Sergio Brito and theatre practitioner Augusto Boal, founder of the theatrical concept of "Theatre of the Oppressed".

Maximianno earned a grant to study in Europe at Vienna's Music and Performing Arts University and during this time made his stage debut as Edmund in "King Lear" for Kostya Studio / Cantus Company. Upon graduation he toured France with the Hungarian State Opera and the Budapest Philharmonic Orchestra; and later joined the Europa Philharmonia, a newly-founded ensemble bringing together Europe's elite orchestra musicians for studio recording projects using the latest media technology. During this time Maximianno also earned his Ph.D in Musicology and Music History from Sorbonne University (Paris IV).

Over the years Maximianno makes some rare and very selective appearances on stage including in the title role of Shakespeare's "Macbeth" and "Richard III"; both performed in French and English. His most recent stage work was as Lord Henry Wotton in "the Picture of Dorian Gray", performed in Paris and Barfleur for Kostya Studio.

TRIVIA: Maximianno is not only a gifted voice artist but also multilingual, and has lent his voice to more than 15 audio visual productions, recorded across six different languages.